Call Me by My Name! Ageism and Senior Adults

The other day, we were in a supermarket and heard a small ruckus. A 40-ish woman was barking at an older woman. At first, we wondered what was wrong. As it turned out, nothing. The younger woman was merely speaking very loudly, assuming that either the older woman couldn’t hear or couldn’t understand. The incident was cringeworthy. We wondered, was the younger woman just rude or merely insensitive? The answer is probably yes to both.

That got us thinking. How does society treat older adults – with respect or disdain? And if it’s the latter, is it a cultural thing or something deeper?

We hear now that “70 is the new 50” and “80 is the new 60.” In other words, people are living longer, healthier, more active lives, thanks to improvements in healthcare, nutrition, technology and communications. In the United States today, nearly 47 million adults are over the age of 65.  Advertisers regard them as consumer targets and a worthwhile market for the travel, healthcare, and apparel industries.

And most recently, because of a low unemployment rate and shortage of talent, senior adults are in increased workforce demand because of their experience, highly specialized skills, knowledge, and their ability to deal with customers. Some have even become “granfluencers” on Instagram and TikTok.

A barrage of negative stereotypes 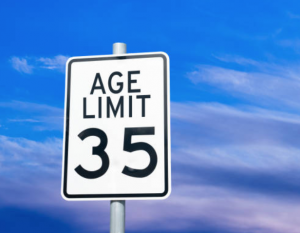 The bad news is that the majority of older adults – a whopping 80% over the age of 50 – are experiencing age-based discrimination. Sometimes, it’s the small things, like women being addressed as “Hon” or “Young Lady.” Or if an older  gentleman seeks computer assistance, he’s addressed as “Fella” and treated as though he were “out of touch” or an “old geezer” because he can’t fathom TikTok or he doesn’t know how to deal with a frozen screen.

Then, there are the stereotypes. For example, greeting cards that emphasize age-related physical changes, forgetfulness, or portray older adults as buffoons, unattractive, and cranky: “You know you are getting older when it takes twice as long to look half as good”- type birthday cards. “In our younger years, the cards are upbeat. At some point though, the narrative changes, sometimes as early as age 30,” observed Sheri Levy in the Daily News.

“Cultural stereotypes about aging are rampant,” notes John Mastronardi, Executive Director of the Nathaniel Witherell, “and this is leading to a devaluation of older adults. Somehow, ageism has become a socially accepted form of prejudice. The pity is that the people perpetuating those stereotypes may not even be aware of it.”

Older adults [In the US, that’s defined as someone over 65] don’t see themselves as incompetent. In fact, they bristle when they think others see them that way or when they become the butt of jokes. Yet, through the constant barrage of negative stereotypes, ageism has the effect of eroding their confidence. And with time, the impact can become devastating with the result that older adults can become depressed, and feel isolated, irrelevant, devalued and invisible. 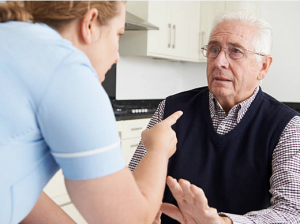 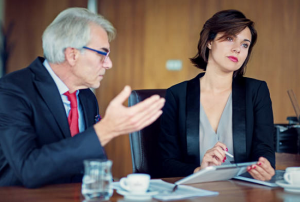 It doesn’t have to be that way. In some cultures, especially Asian, Indian, Native American, older members of families are revered for their wisdom and respected for their age. Confucian values promote a positive view of aging, which encourages younger generations to treat older adults with respect, obedience, and care.

“The problem is, we live in a youth obsessed culture,” Mr. Mastronardi notes. “If we want to get younger generations to value wisdom as much as youth in a society that fetishizes youth, that’s going to be a tougher row to hoe. We’re going to have to work at it.”

Steps you can take to combat ageism:

And finally, when you hear someone say, “Call me by my name!” – remember, they’re really saying “See me as a whole person, the person I am.”