Yum! Hot dogs, salsa, potato chips, dips! With Labor Day and autumn BBQs on the horizon, those tasty morsels are on everyone’s menu. Yet their high sodium content should also be on everyone’s radar.

According to a recent study as reported by Prevention and Science Daily – adding salt to prepared foods can actually lead to premature death. That may sound a bit dire – even scary. But consider this: 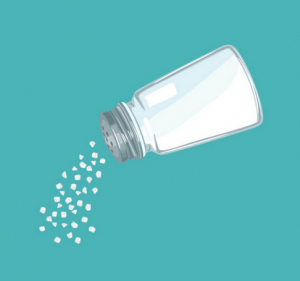 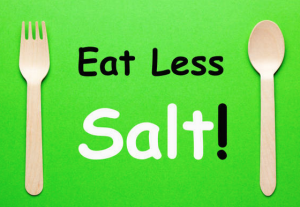 Most healthcare professionals believe we are now in the middle of a sodium epidemic in this country, which is endangering our health. And no one is immune to the impact of too much salt in one’s diet.

For centuries, salt was added to food as a preservative or flavor enhancer. It still is. Brining, for example, can produce meats that are tender and juicy. Sodium phosphates or sodium glutamate enhance flavor.

“But, adding salt to heighten flavor can be a double-edged sword,” notes Pashant Josee, Witherell’s Chef/Director.” As people age, high sodium levels can lead to kidney disease, high blood pressure and other cardiovascular issues such as strokes and heart attacks. While we need some salt in our diets, the key is not to go overboard.”

According to the CDC, sodium is used by the body to retain fluids needed to regulate plasma volume, nutrient absorption, maintaining fluid balance, and contracting and relaxing muscles. To maintain these vital functions, it is estimated that we need about 500 mg of sodium daily.

“There is generally more than enough dietary sodium in a natural diet without any added salt,” adds John Mastronardi, Executive Director of the Nathaniel Witherell. “But studies are telling us that the risk of premature mortality – dying before the age of 75 – is heightened by frequently adding salt to food.”

Which foods contain sodium? Lots do, many naturally, like meat, fish, grains and even fresh vegetables. But other popular items like soups, pizza, sandwiches, mayo, deli meats, and even some candy, contain lots of additional salt. 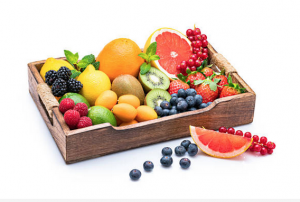 The researchers also found that these risks tended to be reduced slightly in people who consumed the highest amounts of fruit and vegetables, although these results were not statistically significant. Fruits and vegetables are major sources of potassium, which has a protective effect in that it helps remove extra sodium from your body. It also helps the walls of your blood vessels to relax or loosen up, and it’s good for muscles. Foods highest in potassium include: bananas, avocados, sweet potatoes, spinach, beans, chickpeas, dried apricots, vegetable juices, and bran cereals.

“That said, it is important to note that the amount of sodium or potassium in one’s diet has to be determined on an individual basis, and on their state of health. That’s very important,” Mr. Mastronardi stresses. “It’s best to rely on good medical advice as you plan to modify your diet.”

“Over time, small changes in your diet can make a big difference,” says Mr. Mastronardi.