BINGO! For seniors, it’s more than a game.

It’s almost cliché that Bingo and senior health facilities go hand and hand. Here at the Witherell, residents play the game every week, but so do millions of others elsewhere. Bingo is even played online. Pretty interesting considering the game is nearly 500 years old. We wondered, why, after all these centuries, is Bingo so beloved? And does it serve more than a fun purpose? We decided to investigate. 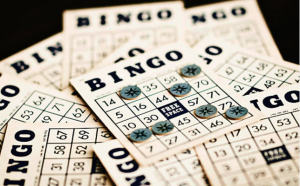 But first, in case you’ve not played it at some point in your life, Bingo is based on matching numbers that are called out loud at random by a ‘banker,’ with numbers that appear on a playing card you hold. The first person to complete a pattern – it could be a row across or down or on a diagonal, or another specific pattern or shape – shouts ‘Bingo’ and wins a prize. The prize can be the house’s entire stake money or something else. Only one can win each combination, and once the round is completed, it’s on to the next round. 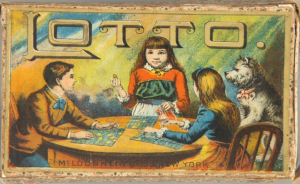 The game’s history can be traced back to 1530 to an Italian lottery called Lo Giuoco del Lotto D’Italia, which is still played in Italy today. When the game was introduced to France in the late 1770s, Le Lotto became a favorite of the aristocracy. When it caught on in Great Britain, it became a sensation, played by just about everyone.

From “Beano” to Bingo

Eventually, the game crossed the “pond” to the United States, where it was usually played at county fairs. There, Bingo was known as “Beano” because players would mark their cards with beans, and they yelled “Beano” if they won. At one such fair in Atlanta, during the early years of the 20th century, a visiting salesman by the name of Edwin S. Lowe, happened upon the game being played at a booth where a crowd had gathered. He heard someone yell “Beano!” and noticed that the enthusiastic players were holding hand-stamped boards and beans. Lowe attempted to join in but the pitchman limited entry to the booth. 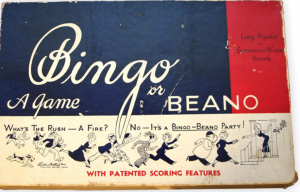 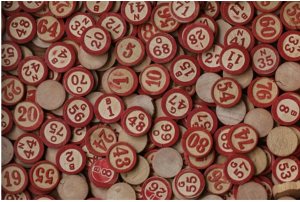 Lowe’s initial reaction was that “Beano” would make a great carnival attraction. Back in New York, he experimented with numerical combinations on the Beano boards and invited his friends to test out the game. As the legend goes, one of his guests mistakenly yelled “Bingo!” instead of “Beano!”, and the new name stuck. Lowe then hired a Columbia University math professor, Carl Leffler, to help him increase the number of Bingo card combinations, then package and market it as a game under the name of Bingo.

It was not long before others approached Lowe, one of whom was a priest who wanted to use the game to raise donations for his church. It turned out that his parishioners enjoyed and appreciated the game so much, it became a weekly event. By 1934, an estimated 10,000 bingo games were played every week.

The game’s popularity continued to spread. Bingo was played by US troops and British army and navy personnel during World War II – often used as a distraction and form of entertainment.  Post-war, it began to be used to raise funds for community and charity projects.

The Role Bingo Plays at Retirement and Nursing Homes

Fast forward to 1996: Bingo went online (cyberbingo.com). But it was not until 2003 when, in coordination with the massive online poker movement, that virtual Bingo really took hold. In 2013, an online Bingo players’ network was officially launched and enabled the game to move into the lucrative mobile gaming market. Today, Bingo (with its many variations) is played online, at casinos, in churches and community centers, and at nursing homes. But you’ll also find it at nightclubs and places where young people gather.

So, back to our original question: What role, besides fun and games, does Bingo play in peoples’ lives, particularly seniors and those residing at skilled nursing centers?

Carissa Ronish, the Witherell’s Therapeutic Recreation Director has some answers. “We consider it recreational therapy that, among other things, promotes socialization,” she says. “Studies have shown Bingo can improve hand-eye coordination and anyone can play it.”

She also notes that Bingo:

So, if you haven’t tried it yet, give Bingo a go.